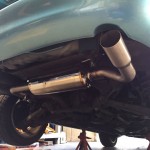 For those looking for a lightweight, mean-and-lean exhaust for your Miata we have just what you’re looking for! Great sounding and 100% stainless steel construction, the Racing Beat Race muffler weighs in at only 13.5 lbs! Connects directly to your stock mid-pipe section and easy-to-install.

Racing Beat has been busy with the development of TWO new exhaust systems for the all-new 2016 MX-5! The version shown is our Twin-Outlet Power Pulse Street version, which combines impression sound with dramatic looks. On the heals of the Sport Exhaust we introduced our more aggressive Sport/Race Exhaust version, which offers an even more aggressive exhaust note and significant weight savings as compared with the stock muffler. Both have been well received and have been selling great, check it out!

After a several year hiatus the Racing Beat aluminum flywheel for the 90-97 Miata has returned! Proudly produced in the USA by Racing Beat, this awesome flywheel is great upgrade for any street or track Miata application. We offer a flywheels for both the 1990-93 (1.6L) and 1997-2005 (1.8L) Miata .

The Racing Beat lightweight flywheel is 10 lbs lighter than the stock flywheel and offers much improved shifting performance. A great upgrade to consider when installing a replacement clutch and pressure plate combo.

Read More
Comments Off on Racing Beat Flywheel For The Miata Returns!
TOP

Parent company Centric has recently changed the name of the Power Slot brake component line to the more familiar StopTech brand name. These are the same components, just packaged and marketed under the StopTech name. We offer an extensive line of the most popular StopTech Mazda applications in both slotted and drilled/slotted rotor configurations. 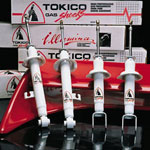 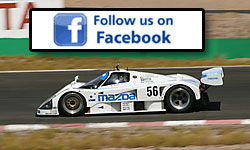 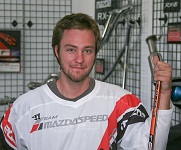